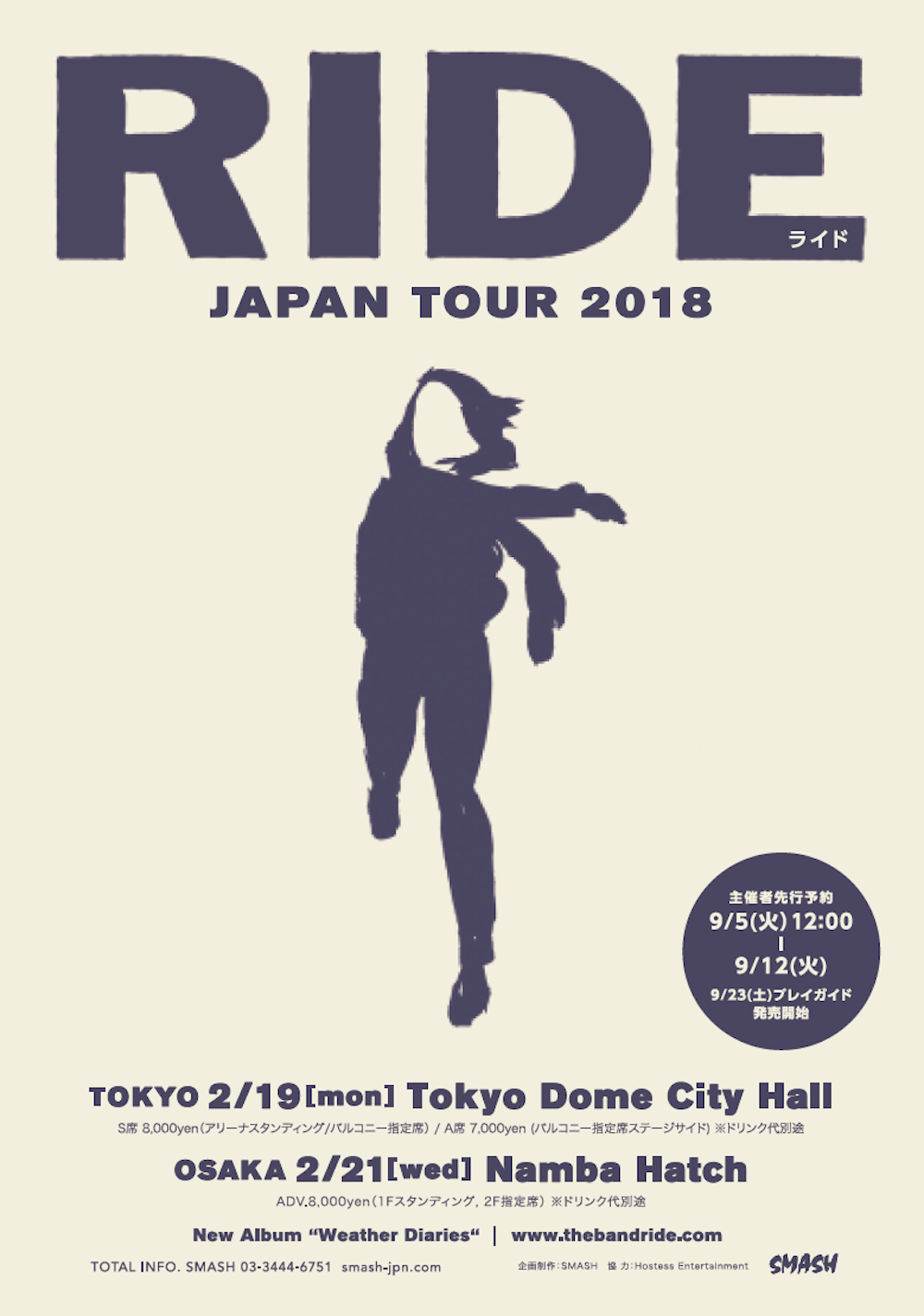 RIDE have announced some dates for Japan in 2018.

The gigs follow their recent appearance at the Hostess All-Nighter in Tokyo. Watch a fan shot video of their appearance below.