First of two appearances at the festival, this set was performing Going Blank Again in its entirety. Leave Them All Behind Twisterella Not Fazed Chrome Waves Mouse Trap Time Of Her Time Cool Your Boots Making Judy Smile Time Machine OX4 Grasshopper 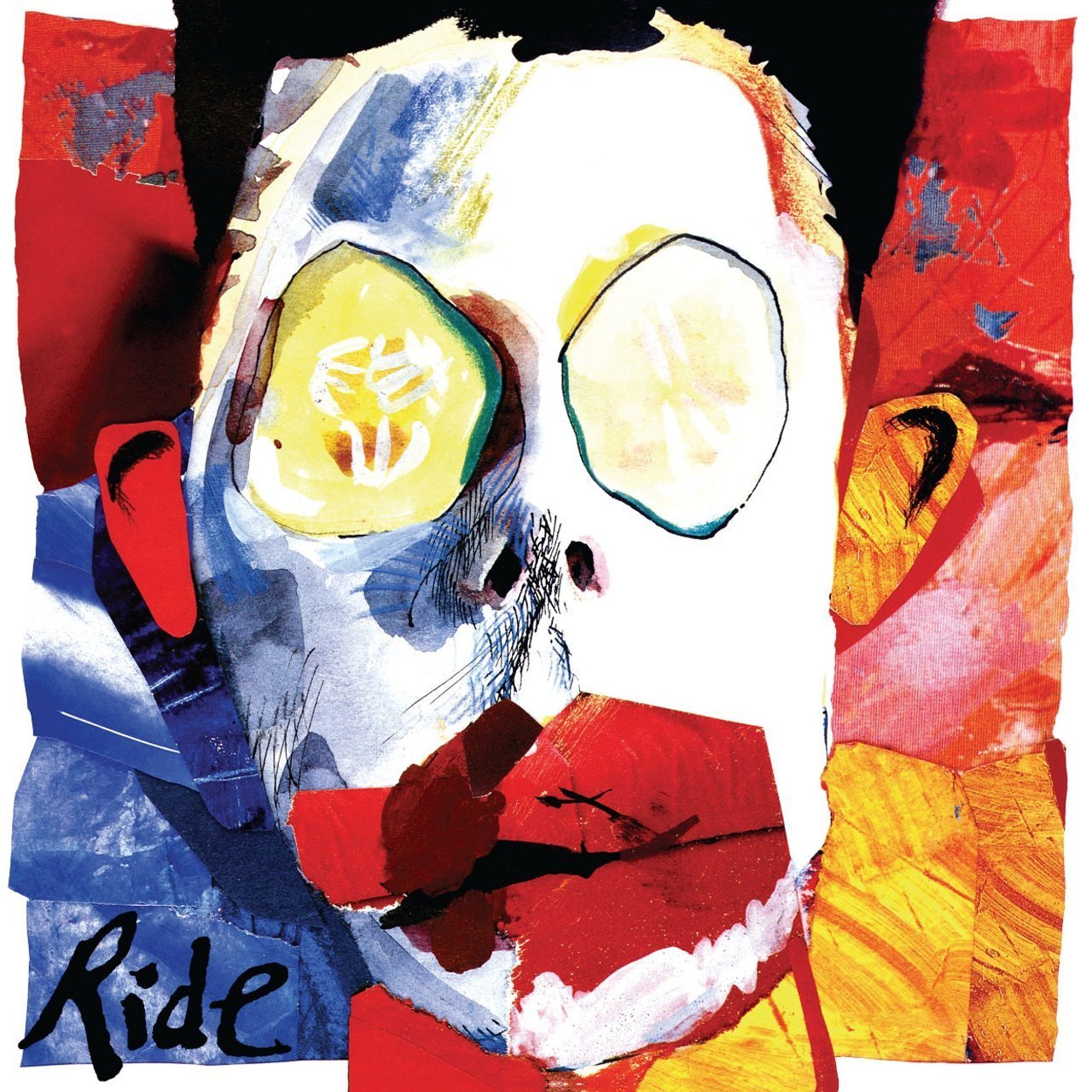 Ignition Records CD - IGN CD15 Like A Daydream Dreams Burn Down Perfect Time Sight of You (Pale Saints) All I Can See Decay Severance (Dead Can Dance) Time of Her Time Not Fazed Mousetrap Birdman Walk on Water Since Then Crown of Creation Let's Get Lost 1000 Miles I Don't Know Where It Comes From 1-4 - 1st Peel Session 5-7 - 2nd Peel Session 8-10 - 1st Goodier Session 11-14 - 2nd Goodier Session 15-17 - Radcliffe Session Due to CD time constraints, three tracks from the above sessions were omitted - 'Here and Now' (2nd Peel session), 'Making Judy Smile' (1st Goodier session) and 'Walk On Water' (Radcliffe session). These tracks have been restored for the download version available from ridemusic.net

Ignition Records CD - IGN CD13C (available as part of box set only) Leave Them All Behind Taste Not Fazed Sennen Like A Daydream Twisterella Time Of Her Time Nowhere Vapour Trail Seagull Close My Eyes Mouse Trap All songs Ride Recorded live at Reading Festival 29.8.92 by Fleetwood Mobiles Mixed at Konk Studios, London by Alan Moulder and Mark Gardener Mastered at Abbey Road, London by Nick Webb Distributed by 3MV/Pinnacle Design & Art Direction by Tourist, London The initial intention was to release 'Reading' as a DVD rather than audio CD, as the entire gig was filmed by Fuji TV in Japan. However, the video tapes have subsequently been misplaced. 'Making Judy Smle' and 'I Don't Want To Be A Soldier' were also played and recorded, but were deemed not good enough for inclusion on this disc. '..Soldier' was released inittialy on the 'NME Mutha Of Creation' cassette and then appeared on the 'Just Say Roe' compilation CD. Both tracks have since been made available for download via ridemusic.net 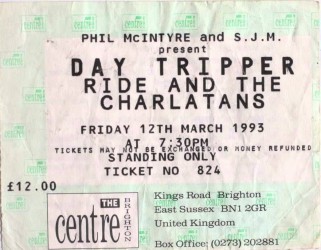 Intro ('Love Reign O'er Me' - The Who) Mouse Trap Walk On Water Taste Not Fazed Sennen Like A Daydream Crown Of Creation Time Of Her Time Since Then Twisterella Drive Blind Vapour Trail Birdman Leave Them All Behind The Kids Are Alright (The Who cover) Seagull 'Daytripper' first night Support from The Charlatans The following extracts are taken from: The Charlatans The Authorised History by Tom Sheehan published in 1999.

Mouse Trap Walk on Water Taste Sennen Like A Daydream Crown of Creation Time Of Her Time Since Then Twisterella OX4 Drive Blind Not Fazed Birdman Leave Them All Behind The Kids Are Alright (The Who) Chelsea Girl. 'Daytripper' warm-up show Supported by Lucy & The Losers 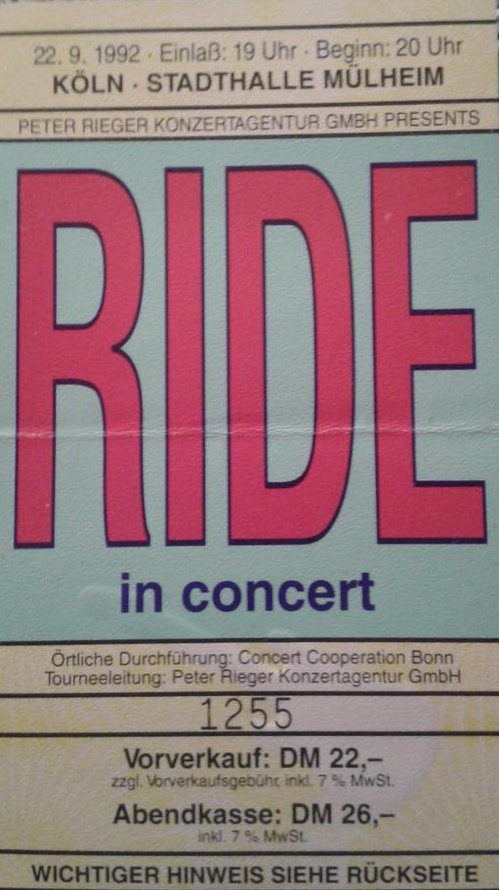 Leave Them All Behind Taste Not Fazed Sennen Like A Daydream Twisterella Time Of Her Time Making Judy Smile Vapour Trail Mouse Trap Chelsea Girl With Cracker, Cropdusters & Young Gods