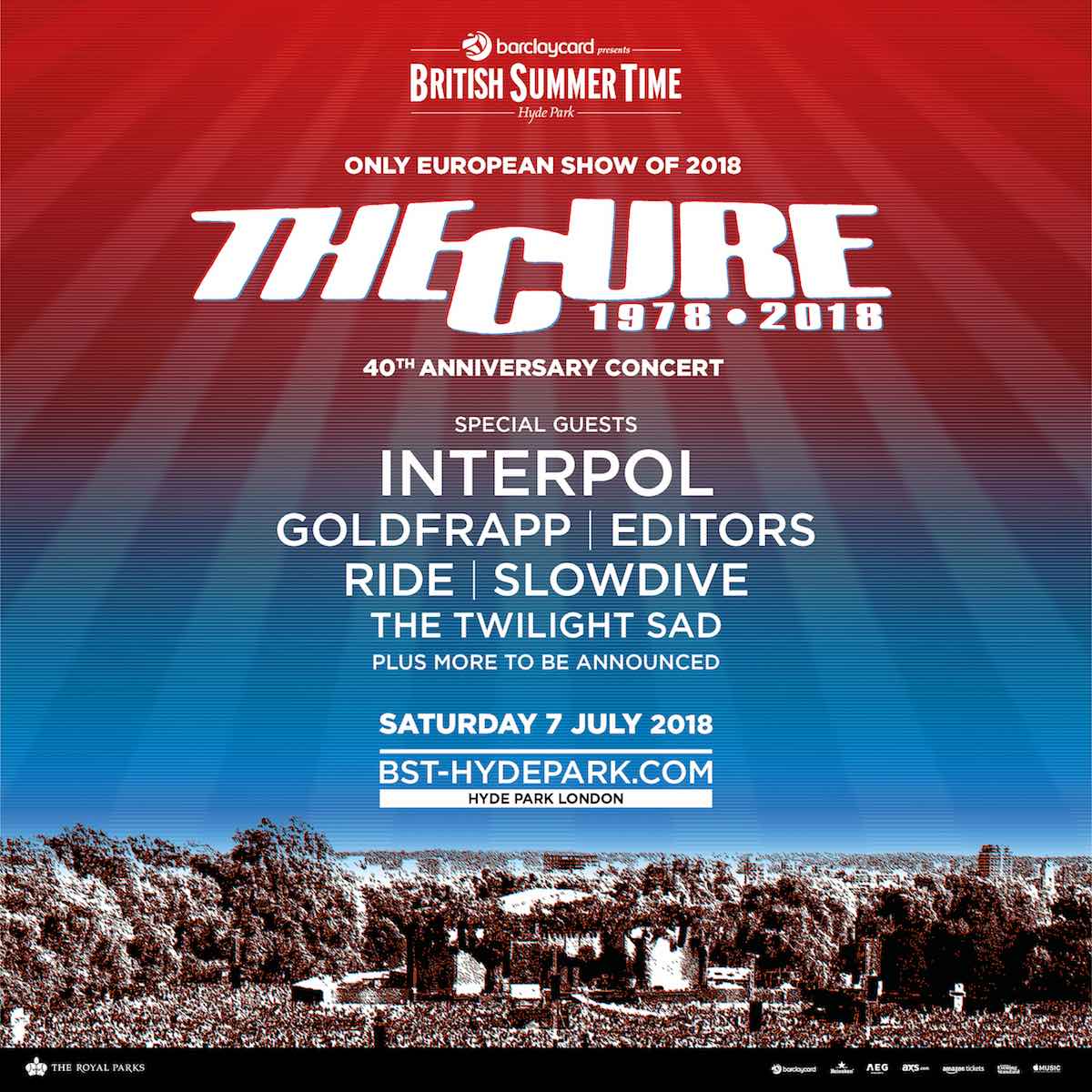 Without doubt the most exciting gig/festival next summer is going to be The Cure’s 40th anniversary gig at Hyde Park, London on July 7th and Ride are on the bill.

Whilst The Cure playing is something to celebrate, seeing Ride appearing on the same stage as Slowdive for the first time in over 25 years will make this the most memorable night of the year.

Also on the bill are Interpol, Editors, Goldfrapp and Twilight Sad with more bands to be announced.

If my memory is correct Ride first played with The Cure in January 1991 (and again in Sept ’16 at Bestival) the concert was filmed for TV and broadcast live on Radio 1. I remember Radio 1 DJ’s introducing the bands on stage and Billy Bragg giving a long talk about the Gulf War.

Ride that night were absolutely on top form, whilst their set was short they played with such urgency and the guitars sounded immense through the huge pa. I still have the recording of this set on my phone and it remains my favourite live recording of the band. Ride’s performance was also briefly shown as part of The Brit awards that year, this was a time when such award ceremonies were incredibly conservative and never took risks so felt like a really big deal.

Watch part of Ride’s set below.

Watch a section of The Cure’s live set below.