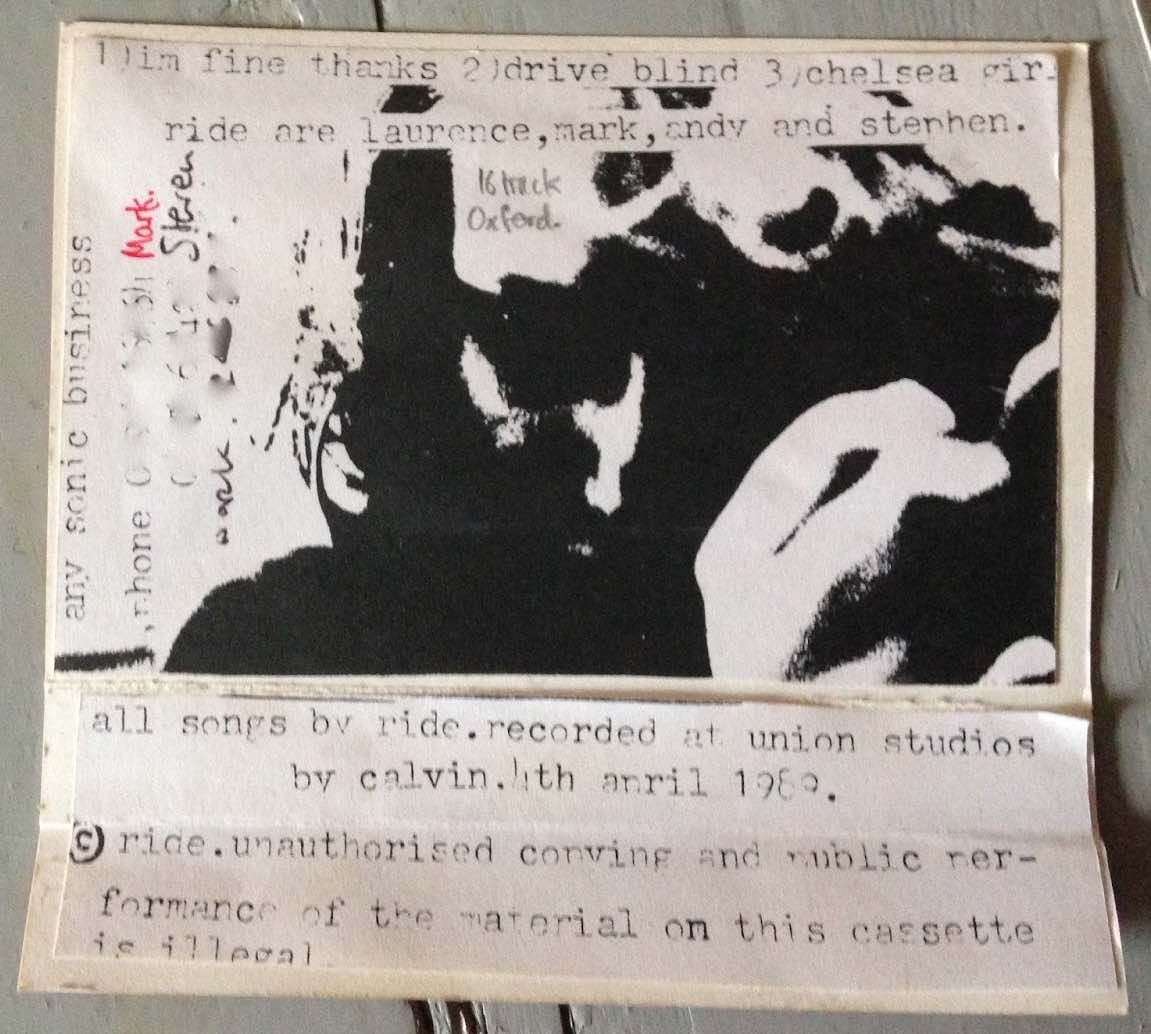 Close but no cigar

Back in 1989, Ben Wardle so nearly beat Alan McGee in signing Ride.

At the time he was working for East West Records who, as he states with all honesty, had Simply Red, Tanita Tikaram, Enya and Chris Rea on their books. There’s no way he could compete with the man who signed The House of Love, Primal Scream, the Jesus & Mary Chain and of course My Bloody Valentine. However, it wasn’t that simple….. Ben has updated his blog with his version of events on how close he came to releasing their debut and how he got his name of the credits of the Ride EP.

As you’ll see from his blog he still treasures that old Demo cassette.

Below is the opening track of Demo #3.