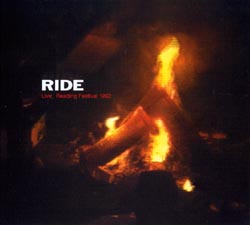 CD – IGN CD13C (available as part of box set only)

The initial intention was to release ‘Reading’ as a DVD rather than audio CD, as the entire gig was filmed by Fuji TV in Japan. However, the video tapes have subsequently been misplaced.
‘Making Judy Smle’ and ‘I Don’t Want To Be A Soldier’ were also played and recorded, but were deemed not good enough for inclusion on this disc. ‘..Soldier’ was released inittialy on the ‘NME Mutha Of Creation’ cassette and then appeared on the ‘Just Say Roe’ compilation CD. Both tracks have since been made available for download via ridemusic.net